Pedro unlucky with his injuries against Arsenal - Antonio Conte

Chelsea boss Antonio Conte has admitted that Spanish forward Pedro has been unlucky with injuries since the start of pre-season. 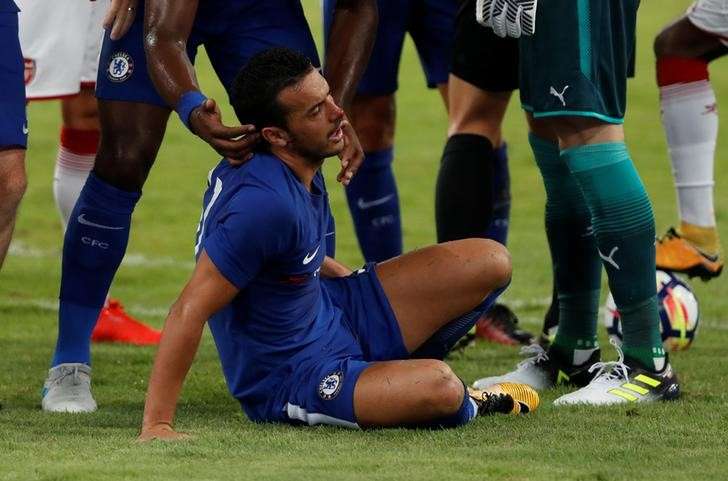 The talented winger was substituted midway through the London derby against Arsenal last weekend after he sustained a minor ankle problem.

The injury was not Pedro's first in recent months having previously suffered a facial injury against Arsenal in a pre-season friendly whilst he felt a discomfort in his ankle prior to sending off in the Community Shield last month.

Speaking to reporters, Conte shed light on the extent of Pedro's latest setback which could potentially see him miss the games against Stoke City and Manchester City, he said: "Pedro has not been lucky this season. He started the season with a bad injury in the Arsenal friendly game where he broke a bone in his face, and then he received a knock on his ankle, and now his leg. I hope for him to be luckier in the future. Pedro is trying to recover from the last injury. It’s important for him also to work. Don’t forget when you are injured you can’t work, and sometimes you can lose your best physical condition. His last injury is nothing serious but he needs a bit of time to recover."

His absence from the first 11 is unlikely to hamper the Blues' progress as they have a capable deputy in Willian, who has started regularly this season due to Eden Hazard's fitness concerns. Hazard made his first Blues start in the 5-1 thrashing of Nottingham Forest on Wednesday night, and he is now expected to feature regularly from the starting line-up.