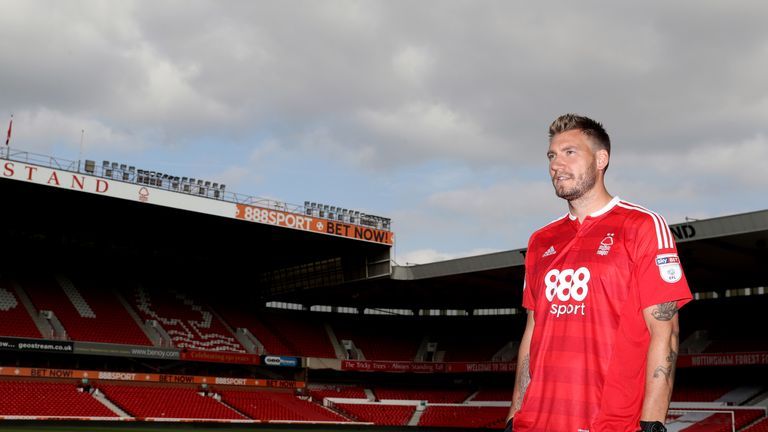 The striker joined Forests as a free agent last summer on his release by Wolfsburg, but his inability to have an impact and been considered surplus to requirements in the City ground has left club fans unimpressed .

According to reports gathered, The Reds are keen to sell the 29-year-old who is one of the club’s highest paid player, and the recent failure of a takeover bid from America has seen them decide they might have to let him go as they look to trim their wage bill.

The Dane, who has 18 months left to run on his contract has struggled with injuries and lack of form registering just two goals in 15 Championship outings, with that in mind, they are hoping to find a buyer or loan club for his services before the January transfer window shuts on Tuesday.

Bendtner previously spent nine years as an Arsenal player, scoring 47 times in 171 appearances for the north London outfit. Bruce had the Dane on loan from the Gunners during his time as Birmingham boss.

Despite the rumour surrounding his departure, Bendtner will be involved in the squad that faces Rotherham this evening. Should an exit from Forest fail to materialize, Bendtner will need to improve his game.