Henderson Will Fight For Number 1

Dean Henderson’s agent David Lee has said that the goalkeeper will be determined to fight the goalkeeping role with David de Gea after putting pen-to-paper on a long-term deal with the club. The 23-year-old had spent the past two seasons on loan with Sheffield United in the Championship and Premier League respectively and he is now expected to compete for the number one role alongside De Gea. 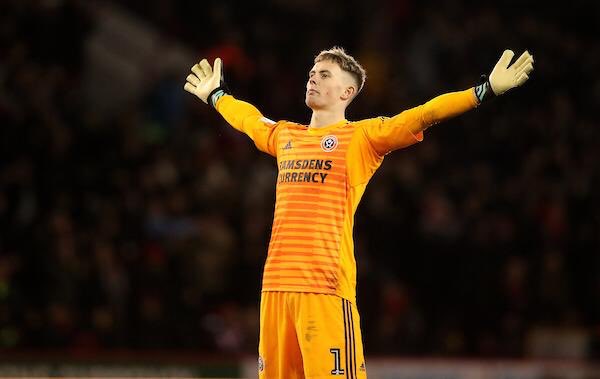 Speaking to Sportsmole, Lee acknowledged that De Gea has made mistakes in the past but he is still a world-class goalkeeper. He added that Henderson won’t rest on his laurels after being rewarded with a five-year deal and he could capitalise on any errors made by De Gea during the forthcoming campaign.

The guys at https://www.betinireland.ie think that this season is a year too early for Henderson, but that he is odds-on to be the main goalkeeper for the 21/22 season.

He told: “I don't think they're offering him a five-year deal without thinking that he can. Obviously you've got a world-class goalkeeper as number one for Manchester United. He's made a few mistakes, let's be fair, but he's still a top, top goalkeeper, still a world-class goalkeeper. Maybe Henderson coming in might make De Gea raise his game and there are two ways to look at it for Man United, but he's got the potential to be Man United goalkeeper for sure. He's another player who believes he should be playing for Man United right now, so it's not going to faze him, he'll just rise to that.”

De Gea has been the undisputed choice in goal for more than eight years and Ole Gunnar Solskjaer has frequently supported the Spaniard despite his high-profile errors between the sticks. Over the past five years, Sergio Romero has been unable to displace De Gea in goal and he appears set to pursue a fresh challenge away from the club.

Henderson may start the campaign as the second-choice goalkeeper, but he should get the chance to prove himself, considering he is regarded by some as the long-term replacement for De Gea.